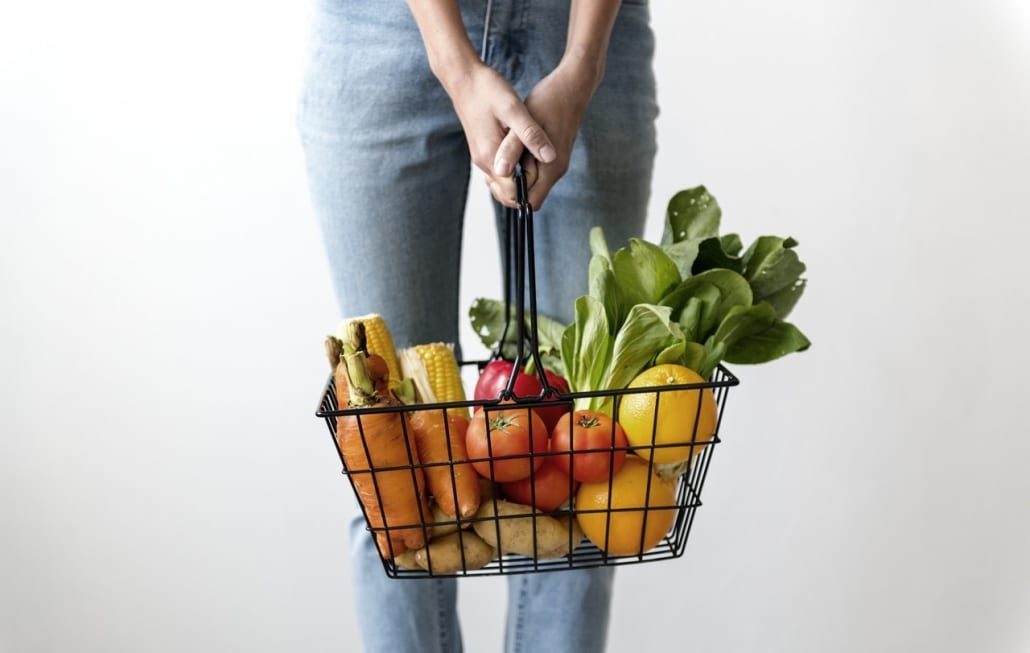 Cabarete is a pretty small town, but we are blessed with a good few options for buying food and home essentials.

Larger supermarkets are not usually open so late, and close early on Sundays. Colmados are open at the owner’s discretion, but they are littered everywhere and there will most likely be one open somewhere.

Look out for fruit stands, vegetable pick-up trucks, and street vendors selling plantains and avocados, in particular. It’s quite the experience to wave your vegetables down to meet you on the roadside!

There are also several pharmacies in Cabarete for your health needs. A reliable one is the pharmacy in the Ocean One plaza. It’s well-stocked and clean; the staff are helpful and know their stuff. 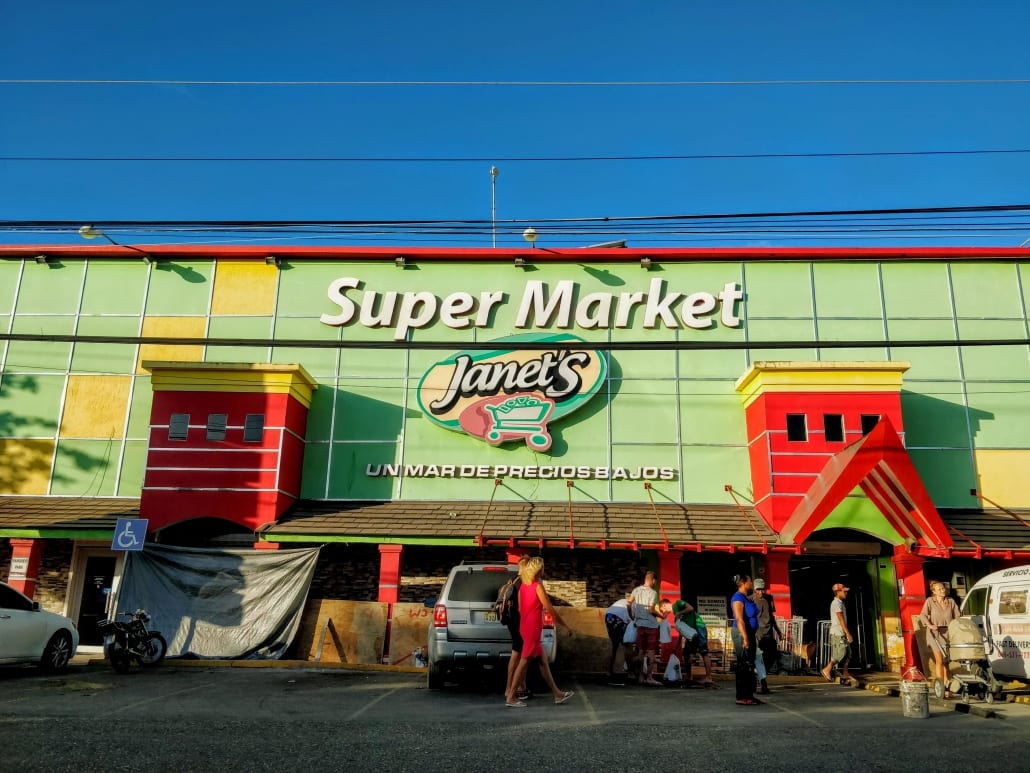 The main supermarket in town is called Janet’s, and it’s a big green local landmark.

Everyone knows Janet’s, and it’s a good go-to place for all your grocery needs, toiletries and anything else you might need around the home.

The number of gluten-free and ‘health food’ products on their shelves might surprise you. They stock lots of healthy brands that you might recognise from North American stores, and have a great selection of sugar-free cookies.

Janet’s offer free delivery for larger orders, over 3000RD. You might see their dinky little delivery vans driving around town. I love them.

If you’re in a tight spot, ill or just lazy, you can also pay a motoconcho to go to Janet’s and bring you what you need. They will be at your door, shopping and receipt in hand. Pay the receipt amount plus an extra 50 pesos or so to make it worth his time.

Important note: Janet’s closes at 1pm on Sundays. I can’t tell you how many times this has caught me out. 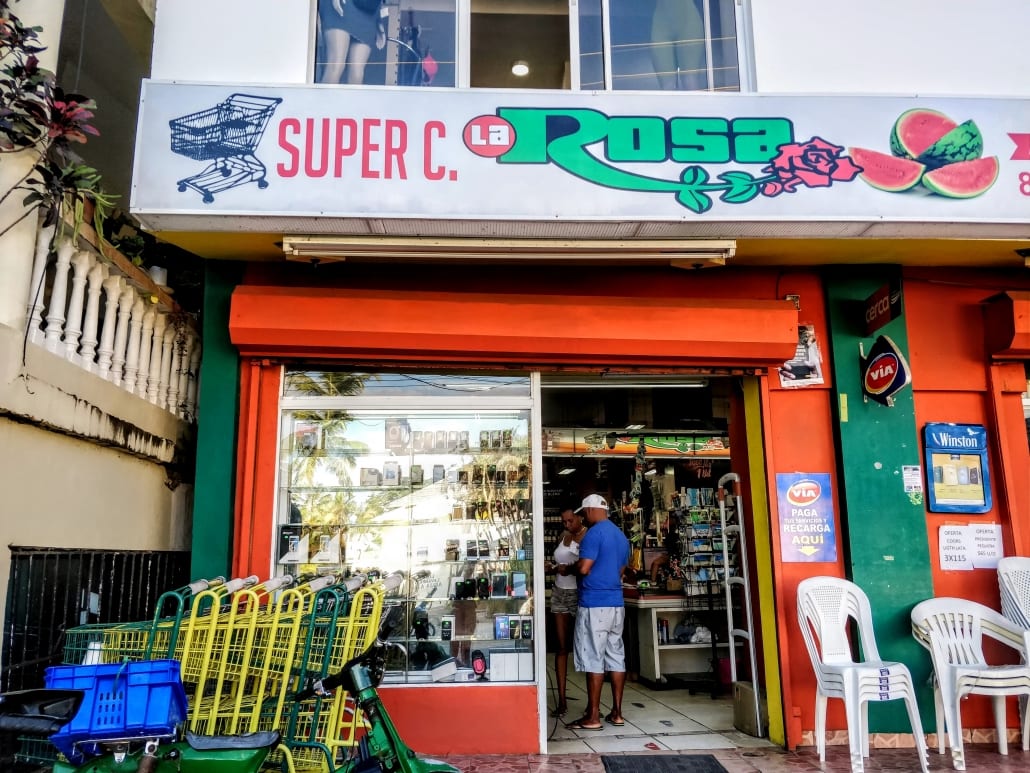 Your next best bet is Dominican-owned La Rosa Supermarket. It’s far smaller than Janet’s, but still has a strong selection of goods. They sometimes even stock some rogue products that you won’t even find at Janet’s, like a delicious cider that appeared in their drinks section one fine day.

La Rosa is open until 10pm every night, even on Sundays. It’s pretty handy for an evening beer run.

You’ll find La Rosa over on the opposite end of town to Janet’s, across the road from Vagamundo. When the toilet is out of order at Vagamundo, the closest option is La Rosa. It ain’t pretty, but it does the job.

Super Pola, or just ‘Pola’ for short, is a large supermarket a little way out of Cabarete, on the way into the next town Sosua.

Pola is huge, air conditioned, and has a whole lotta beautiful grocery options, not to mention a pretty fine bakery (great doughnuts).

Worth the trip, especially if you have a car and need to do a big shop (or if, like me, you enjoy supermarket tourism). 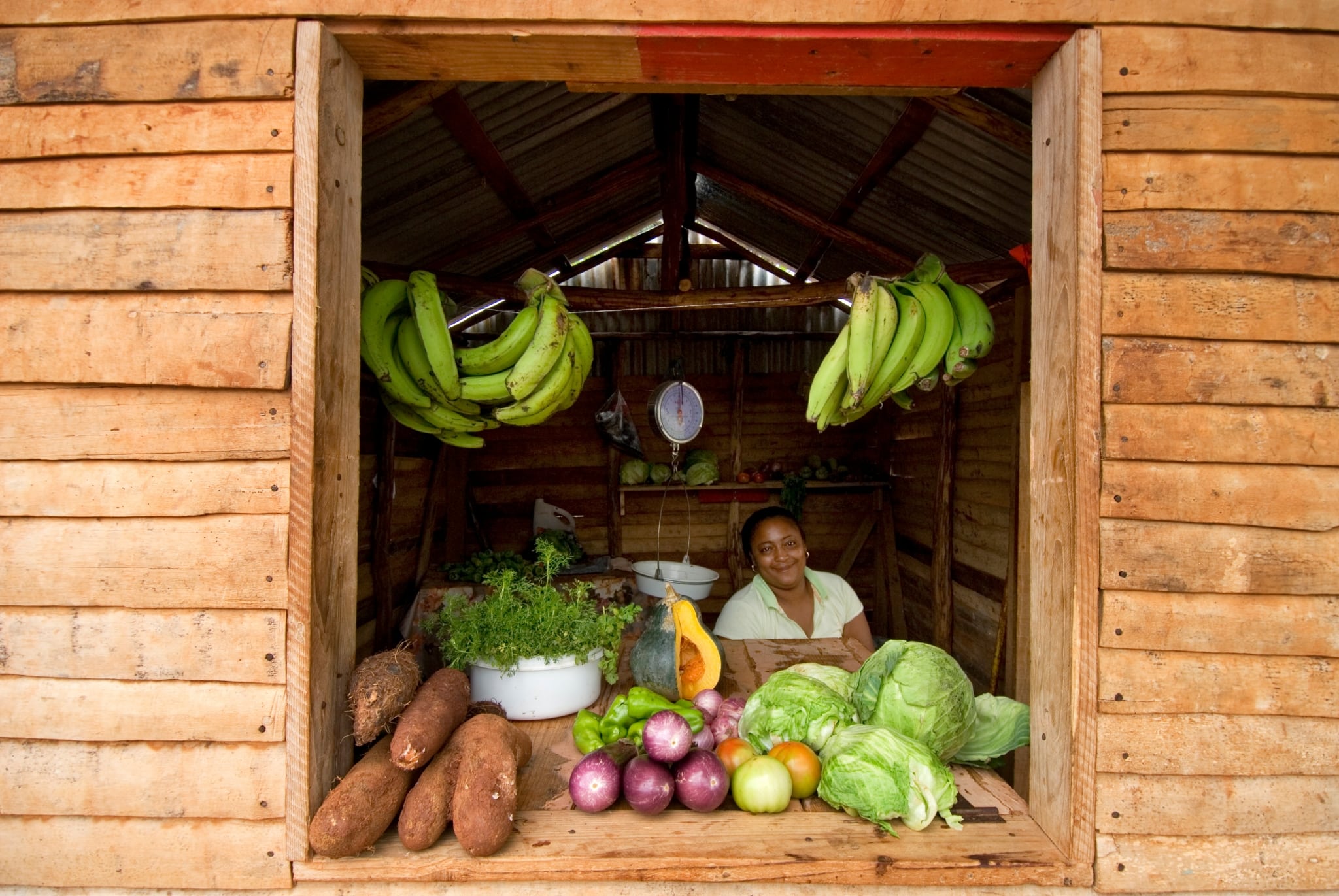 Colmados are sometimes abbreviated to Col. and come in a variety of sizes. The smallest are tiny hole-in-the-wall colmados, and the largest are medium-sized walk-in stores, sometimes called super colmados.

Colmados sometimes have little seating areas where you can sit with your coffee and cake, and watch the bustle of the street. It’s not unusual at all to have to shout your order over loud bachata music.

They are often places where locals congragate to catch up and chill over something sweet, especially on the Callejon. In that way, they are centres of local culture, and definitely the place to get the latest Cabarete town gossip.

Hopefully that helps take care of your supermarket and grocery needs during your stay in Cabarete!

Golf in the Dominican Republic